The End of the Law

“Good fences make good neighbors.”  It’s an old Yankee proverb that features in the well-known poem by Robert Frost called “Mending Wall,” in which he considers that sentiment in light of a wall between his own farm and his neighbor’s.

It is a stone masonry wall, and the winter cold 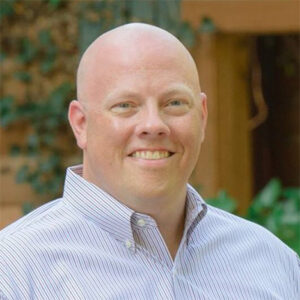 splits the wall in places and opens up gaps. So, when spring comes, it is time to mend the wall. “And on a day we meet to walk the line / And set the wall between us once again,” he says. “We keep the wall between us as we go. / To each the boulders that have fallen to each.”

As they work, he points out to his neighbor that they don’t really even need this wall; they each only have trees, which certainly won’t get through to eat up the other’s property.  But the neighbor only says, “Good fences make good neighbors.”  Frost thinks to himself:

Why do they make good neighbors?  Isn’t it

Before I built a wall I’d ask to know

What I was walling in or walling out,

And to whom I was like to give offense.

Something there is that doesn’t love a wall,

That wants it down….I see him there,

Bring a stone grasped firmly by the top

Neighbors can be dangerous; all of us have that ancient Stone Age drive to protect our territory, our property, our resources, lurking somewhere in the dark corners of our hearts.  That is why we keep the wall between us as we go: to protect ourselves from each other, to ensure there is no reason to take the law into our own hands.

That’s the definition of “the rule of law,” after all.  The law, essentially, is a neutral third party to which everyone defers rather than seeking their own retribution for perceived wrongs.  It establishes the boundaries between individual rights and responsibility to the community.

The law is intended to hold everyone to the same standards and, if those standards are violated, to punish and correct the violator with objectively prescribed responses rather than leaving it up to the aggrieved party to decide what is appropriate and then to act upon that.  It clearly lays out the responsibilities that we owe to one another, and in that way it contains vengeance and establishes justice.

And yet, something there is that doesn’t love a wall.  In this case, it appears to be love itself, at least according to Paul:  “Owe no one anything, except to love one another, for the one who loves another has fulfilled the law,” he says.

But if love is all you need, then what, exactly, is it?  We usually talk about love as an overwhelming emotion in our culture: love is what we feel for our children, our spouses, our partners, our closest friends; it is a deep appreciation, admiration, and affection for who they are.

More generally, it describes our appreciation, admiration, or affection for anything that makes us feel good: we love chocolate, we love music, we love the beach. And if love is a feeling, it is not something you work at or work for; love in that sense is something that happens, naturally and unconsciously. We fall in love, we don’t exercise a controlled descent.

But Paul would have no idea what we were talking about if we defined love that way to him.  For Paul, emotion has nothing whatsoever to do with love.  How you feel about someone is irrelevant when it comes to love; what matters is how you treat them. Given that outlook, Paul’s words should give us pause.

You see, love needs the law to keep itself honest. Love may be all that we need, but the love we need has a very specific object and criteria for judging its quality. The law reminds us that our neighbors have specific needs and rights that are every bit as valid as our own, and which we must recognize and respond to just as we do to our own.  So who are our neighbors?

On the most basic level, the word “neighbor” simply and literally means “the one who is nearby,”[i]  and that seems significant here.  It is not just those within the Christian community, but it is also not simply “others.”  We must love our neighbors, the people who are nearby that we spend most of our lives around.  And loving our neighbors is much more demanding than simply loving others; we can love others simply by attending to their needs from a distance and being done with them.  But we have to live with our neighbors.

I feel like I may have told this story about neighbors before in a different sermon, but I’m going to tell it now regardless because it illustrates so perfectly what it means to truly love our neighbors. The first neighbors I really remember in my life were the Wests.  They were an older couple that lived next door to us in Tuscaloosa, Alabama, where I lived from age 3 to age 5.

While I wasn’t quite Dennis the Menace, I inserted myself into their lives much more than they probably would have chosen. For some reason, when Mr. West came home from work, I would run through the little plants that separated our yard from theirs and greet him as he drove up his driveway, chatting for a while about our respective days.

But I remember another time when I went looking for Mr. West.  It was the middle of the night, and my father had just woken me up.  He scooped me out of bed and lifted me up to his shoulder. “Come on,” he said, “we have to get to the Wests’ basement.” That part of Alabama is a sort of tornado alley, and my father had awakened me because one was bearing down on us that night. The Wests’ house, unlike ours, had a real basement, and so when a tornado warning was declared for our area, we had a standing invitation to join them underground in case the worst happened.

We went outside; my father moved quickly as my mother followed.  He stepped over those small plants that I loved to run through and lost one of his sandals in the process. And maybe that’s why I remember this night in particular: he stutter-stepped a bit as his foot slipped out of it, glanced down, and kept going. He didn’t stop to put it back on; he just left it there in the mud, which meant the tornado must be pretty close.

And yet, as we came around the corner of the back of the house, there was Mr. West, in the middle of the night with a tornado bearing down, the wind and rain whipping his hair as he stood holding the door to his basement open, waiting for us. Now, I suspect if you asked him about it, he would have shrugged and said, “I was just being a good neighbor.”

And he was; but nobody would have suggested he was a bad neighbor if he hadn’t told us that he had a basement, or hadn’t offered to take us in whenever a tornado threatened, or hadn’t stood out in the approaching storm until we arrived on his doorstep. -He was, quite simply, loving his neighbors as himself, considering not what his obligations were, but what our needs were.

That is how love fulfills the law.  You see, love is not the end of the law in terms of replacing it or canceling it out; love is the end of the law by completing it, perfecting it, fulfilling its end purpose.[ii]  The end, the purpose of God’s law was never to carve out separate areas to enable us to live next to each other in relative peace; the end and purpose of the law was and is to help God’s people live together with God in a way the glorifies God and gives witness to God’s reconciling love.

The law can’t do that on its own, but neither can love.  If the law is summed up as “love your neighbor as yourself,” then the law is not a simple question of, “What can’t I do because this person is my neighbor?”  Rather, it is a question of, “What would I need or want if I was my neighbor, and how can I respond to that?”  And we must not only ask the question; we must answer it.

Obviously, there is no pat answer; the answer that we give is the way we live our lives as we follow Christ.  For it is in Christ, that we find God’s answer, that we see the end of the law, the whole reconciling purpose of God summed up in human form.  If ever there was something that doesn’t love a wall, it was Jesus Christ; Jesus broke down every wall dividing us from each other and God, including sin and death.

But he did not break down the law; on the contrary, he fulfilled it himself and enables us to fulfill it as he transforms us more and more into reflections of him.  As Christ’s disciples, we owe no one anything, except to love one another, to love our neighbor as ourselves.  But that is enough; in fact, that is all there is; that is the end itself.

[i] The Greek word is plesion, which is an adverb meaning “near” or “close by.”  Used substantively to describe a person, then, makes it “the one who is nearby.”  See Bauer, et al, Greek-English Lexicon, 672.  The English word has this notion in its etymology, as well, coming from the words “nigh” (near) and “boor,” the latter derived from the Dutch word “boer,” meaning peasant or farmer.  Your neighbor, then, is literally the peasant who lives near you.  See http://www.m-w.com/cgi-bin/dictionary?book=Dictionary&va=neighbor.

[ii] The Greek word in v. 8 for “fulfilled” is plerao, while v. 10 for “fulfillment” is pleroma.  They come from the same root, which has the connotation of something “filling up” or being “filled full” rather than simply ending.