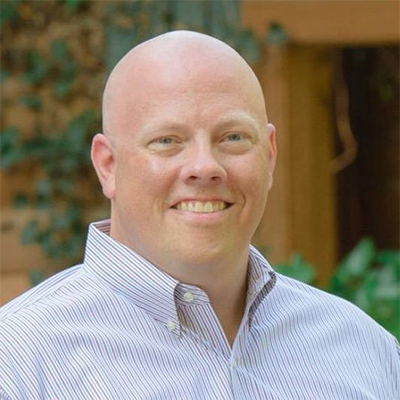 A MESSAGE FROM THE REV. J.C. AUSTIN: A TREASURED MENTOR AND FRIEND

This has been a hard week for so many of us with the death of our beloved Pastor Emeritus, The Rev. Keith Brown.

For decades, Keith was the pastor of this congregation and was renowned for the strength of his faith, the warmth of his spirit, the wit and insight of his preaching, and the power of his commitment to relational ministry.

I only got to know Keith since I arrived about three and a half years ago, and yet I experienced all that from him almost immediately when we first went out to lunch together shortly after I was called here and talked for hours about life and faith and ministry and his experiences at First Presbyterian. And we did so from time to time until the pandemic came and made it unsafe to do so, moving our conversations to the telephone. For me, as for so many of you, he was a treasured mentor and friend.

Keith’s tenure at First Presbyterian, which he described to me at that first lunch together, was a very unusual one. I remember getting advice from a prominent older pastor early in my ministry that the “correct” career path for a pastor was “5, 10, and life,” meaning you served your first congregation for five years, your second for ten years, and then served out the rest of your ministry in the third congregation.

Implicit in that advice was that you were supposed to move up to larger and more prominent congregations with each one of those moves. There are so many things wrong with that advice that it would take at least another whole newsletter to discuss them! But I say it to highlight what was not an uncommon perspective in the 1970s-1990s about a “career” in pastoral ministry.

Keith, on the other hand, was an associate pastor here before he was called as senior pastor. But when the senior pastorate opened up, the search committee eventually asked Keith to apply, feeling that he was a strong potential candidate. But Keith, as he told me with that big smile and chuckle of his, was very reluctant! He found his ministry focused on adult discipleship to be very meaningful, and he didn’t see himself as having the same gifts as Lloyd Ogilvie did, who had just left as senior pastor.

But the search committee was wise enough not to be looking for a clone of the previous pastor (though many search committees make that mistake!), and they convinced Keith that they felt that God was leading them to him as the next pastor they were looking for, and he finally accepted. And Keith stayed not 10 years, but for the rest of his ministry, because Keith had the maturity and strength of faith to be focused on answering and fulfilling a calling, not pursuing a career.

Of course, in so ably and faithfully fulfilling that calling, Keith achieved a remarkable career anyway, garnering enormous respect and affection not only from the membership of the church, but from those who served with him as pastors or staff members, and from the larger church. When I was called as pastor here, almost 20 years after Keith retired, my network of connections across the country kept saying, “Oh, that’s where Keith Brown served!” and they would launch into a story of Keith’s kindness or generosity that they had somehow experienced.

I always felt, and continue to feel, extraordinarily blessed to have had Keith as a friend in ministry and as the Pastor Emeritus of this church. I know that so many of you who experienced him as your pastor know the blessing of that even more than I do. And I know that you and so many people who now live elsewhere want to make sure they are present for Keith’s memorial service so they can share their own memories and stories of the impact that Keith had on so many, many of us.

Plans are actively in the works for that service, and as soon as we have a date, it will be announced loudly and frequently! So in the meantime, let us continue to grieve Keith’s death together and celebrate Keith’s life together. Let us give strong support and comfort to his wife Carole and his family as they mourn the death of Keith as husband and father. And let us continue to give thanks for the powerful ways in which God worked through Keith to bless so many in this congregation and beyond.