Small warning, before I read this text again from 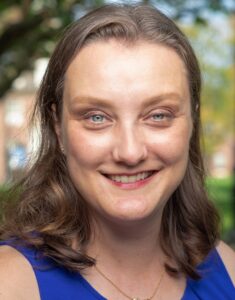 Eugene Peterson’s interpretation. This text and my sermon will use terms that are sometimes hard to hear.

“Find a whore and marry her.

Make this whore the mother of your children.

And here’s why: This whole country

has become a whorehouse, unfaithful to me, God.”

Hosea did it. He picked Gomer daughter of Diblaim. She got pregnant and gave him a son.

“Name (your son) Jezreel. It won’t be long now before

I’ll make the people of Israel pay for the massacre at Jezreel.

I’m calling it quits on the kingdom of Israel.

into kindling in the valley of Jezreel.”

Gomer got pregnant again. This time she had a daughter. God told Hosea:

“Name this one No-Mercy. I’m fed up with Israel.

I’ve run out of mercy. There’s no more forgiveness.

Judah’s another story. I’ll continue having mercy on them.

I’ll save them. It will be their God who saves them,

Not their armaments and armies,

not their horsepower and manpower.”

After Gomer had weaned No-Mercy, she got pregnant yet again and had a son. God said:

“Name him Nobody. You’ve become nobodies to me,

“But down the road the population of Israel is going to explode past counting, like sand on the ocean beaches. In the very place where they were once named Nobody, they will be named God’s Somebody. Everybody in Judah and everybody in Israel will be assembled as one people. They’ll choose a single leader. There’ll be no stopping them—a great day in Jezreel!”

My childhood church sits a couple of short blocks from my hometown public library. Sunday often meant after church trips to exchange our library books.

At age 10 or so, I discovered the Judy Blume classic, “Are you there God, it’s me, Margaret?” About a sixth-grade girl struggling with her faith and her preteen body, I felt like this story was written just for me. My middle name is even Margaret, a name I had previously considered dowdy and old-fashioned. But between the pages of Blume’s book, I found a story I could relate to in a voice like my own. I read it cover to cover numerous times. Things that mattered to me were discussed openly in this book. It was liberating.

Knowing that you count and that someone out there understands you is one of the best ways to feel less alone. Seeing someone who looks like you, talks like you, is from the place you are from, holds similar beliefs as precious – these are tangible reminders that you are created in God’s image. You matter. That is what we want from a faith community. For those who sit in these pews to know that they matter to God and that they matter to those around them.

Biblical scholars don’t agree on whether today’s scripture from Hosea is supposed to be a description of an actual prophet and his real marital relationship or is meant as a metaphor about the relationship between God and the people of Israel.  Either way, this morning we are asked to search for God’s love and grace in a story where the ancient scriptural author felt that the best way to describe disobedience and faithlessness is to call a woman a whore. In this story, it is hard to see that Gomer matters.

Like most Biblical narratives, this story from Hosea is written from the viewpoint of men. The term “male gaze” originally came from the field of literary criticism and is the idea that depictions of women in literature are seen from a masculine perspective that presents and represents women as primarily sexual objects for consumption by a presumed male audience. That is how Hosea describes Gomer; through the male gaze.

Women do relate to this story, but for the wrong reasons. Unlike Judy Blume’s depiction of Margaret’s blossoming teenage years, in Gomer’s story I hear an account I can relate to, but not in a way that helps me to feel uplifted and acknowledged. I would wager that every woman who can hear my voice right now has experienced the negative effects of the male gaze.

Whether women have been undervalued in the workplace or cat-called on the street, most of us who’ve walked through the world in an identifiably feminine body know that the male gaze is a tool of isolation and doubt. It is a man’s way of asserting, “I am the one who decides if you matter.”

Women hearing this story read aloud in church or synagogue over the past millennia have clearly heard the message that God’s covenantal relationship with humans relies upon women being good and pure and non-sexual in order for them to matter. Women are supposed to feel grateful that God, through the actions of the prophet Hosea, deigns to take pity on the promiscuous Gomer. What is a woman of faith supposed to do with the message that God is a God who questions her integrity? Honestly, what in the story is supposed to make women imagine that God wants us flourish? Does Gomer matter to God?

I wish this were a problem unique to the Biblical era, but we all can share examples of how we have seen this same dynamic in our current context. We all know stories of women being denied their God-given agency, in both big and small ways. In Biblical times and in our current context, Biblical stories are used to justify the subjugation of women.

Those who preach on this story without pausing to wonder how Gomer might feel are telling their congregations that they have no other choice. “The Bible says it, so that settles it.” But it doesn’t take much reflection to realize that a literal interpretation of scripture ties God’s hands – removing from God any transformational power. The Bible is more powerful than God in this understanding of scriptural interpretation.

Today’s text tells us, in story and in metaphor, that God wants to be in right relationship with us. One way to read this story is that Hosea marries Gomer despite her sexual past or promiscuous behavior. That God chooses to make a covenant with wayward Israel, despite Israel’s tendency to seek after other gods.

Maybe Hosea feels sorry for Gomer. Maybe Hosea is one of those religious folks who helps the poor, the orphaned, the widowed, the prostitute, in order to make himself feel proud of what a great man of God he is, stooping to help those who are beneath him with benevolence and charity? We don’t know the intent behind Hosea’s actions; we only read about the outcome. The marriage of Hosea and Gomer is no love match.

How does Gomer feel? Staying up late into the night, transcribing her prophetic husband’s words, reading about her philandering self and her children who were literal nobodies on whom God would not lavish God’s famous mercy?

The text does not tell us how Gomer feels. Gomer is not given a voice. But we do have the voices of many women just like Gomer speaking to us, both from the past and in our present. We have the voice of a 10-year-old girl, who, just this month, as the New York Times reported, had to “travel across state lines” to receive healthcare after she was raped. Where do you think God’s love begins and ends for that little girl?

In our Reformed tradition, we take seriously the sovereignty of God and the supremacy of God’s nature and character above all else. We worship God, not scripture. We worship God. The Bible gives us clues and helps us to identity themes and ideas that are central to God’s being, themes like justice, grace, forgiveness, healing and transformation. We take the Bible so seriously that we are called to study and analyze it closely for evidence of God’s fingerprints.

Wil Gafney, a womanist biblical scholar and Episcopal priest who is a Professor of Hebrew Bible at Brite Divinity School in Fort Worth, Texas, asks us to see Gomer as the primary actor in this story. That it isn’t about Hosea taking pity on Gomer. It is about Gomer’s faithfulness, despite the unfaithful ways others have treated her.

Gafney writes: “I see God in Gomer’s love and in God I see a love that has no equal. And I see Gomer in God’s scandalous, flagrant, and promiscuous love. A love that would see a young girl in Nazareth called every name that Gomer was ever called by Hosea and everyone else for conceiving a child but not with her partner. I see the shameless love of God enter the world through the parts of women that men like some of the bible’s prophets and some men and women today see as unclean, dirty, and shameful. I see the inexhaustible love of God in human form held to the breast of that scandalous, infamous mother. I see the steadfast love of God in that child turned man who sought out the company of women like Gomer rather than the company of men like Hosea…

They called her a whore but nevertheless Gomer persisted in loving a child called Loveless and her love we see God’s love.”

We are faced with a clear choice when it comes to our life of faith. We can believe women. We can believe that they are created in God’s image and with God-given intelligence and agency and wisdom. Or we can pretend that the Bible ties our hands and forces us to reduce God to a mercurial, volatile, unequal voice. Do we believe that God believes women matter?

When we read Biblical texts that bump up against everything we know about the love of God and the transformational nature of life in Christ, we must affirm what we know to be true. God loves us, no matter what. God loves us, not despite who we are, but exactly because of who we are. May God have mercy on us. May we share that mercy and grace with one another. Amen.