“Water, water, everywhere, nor any drop to drink.” It’s one of those lines that is so famous that people reference it without any real awareness of where it comes from. Is it from Shakespeare? Robert Frost? Kevin Costner’s epic box office flop, Waterworld?

Well, lucky for all of you, there’s an English major in the house, 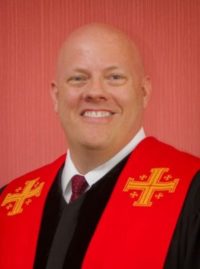 so you can rest easy: I can confirm that it comes from The Rime of the Ancient Mariner by Samuel Taylor Coleridge. It’s the same poem that also gave us the expression “an albatross around my neck” to refer to a heavy burden of guilt that keeps you from succeeding at something.

That’s because the central action of the poem involves an old sailor (the Ancient Mariner, because that sounds more poetic), whose sailing ship escapes the icy waters of Antarctica by following an albatross, only to become mired in a windless sea in the tropics for an interminable amount of time when the mariner kills the albatross. The rest of the crew then makes him wear it around his neck as punishment because they think that the wind was stilled by ocean spirits in retribution for him killing the bird.

Coleridge, in the voice of the Mariner, describes what it’s like to be on a sailing ship that is adrift on the open sea with no wind to fill its sails:

The last one is the really famous line, of course, but I have to say, that image of being so still and stuck that it’s like both the ship and the ocean are a painting is really vivid.

And while we almost skip over the lines, “water, water, everywhere, and all the boards did shrink” to get to the most famous ones, the sense of claustrophobia that one must start feeling as the days and weeks slip by in the heat with only the wooden boards of the ship as your world in the midst of the featureless flat sea is almost palpable in that phrase, “all the boards did shrink.”

What Coleridge is describing, though, is not simply divine retribution for indiscriminate albatross murder, though; it’s an actual geographic location with the decidedly unpoetic name, “The Intertropical Convergence Zone.” It’s the region of the earth near the equator where the trade winds of the northern and southern hemispheres come together and collide, and because of the heat in that area, the air rises up, so air movement is vertical rather than horizontal.

So, if you’re trying to sail a ship through that region, you’ll frequently find yourself with no wind to fill your sails and push you along, not because you killed a bird, but because the air is rising up instead of blowing through. Which means, for days or even weeks on end, you can find yourself stuck in what sailors call “the doldrums,” an old word for someone who is dull or sluggish: stuck day after day, without breath or motion, waiting on the gift of the wind that seems like it may never come again, leaving you idle as the boards of the ship seem to be shrinking in around you.

If there had been a poet among the disciples in the days before Pentecost, I think what they would have described would have sounded a lot like Coleridge’s depiction of the doldrums.

Things had been pretty great there in the first heady days after Easter. Jesus had escaped both the tomb and death itself through his resurrection, and had returned to them to give them hope and reassurance that what had happened was necessary to fulfill God’s plan and his calling as the Messiah. And they were all overjoyed as he continued to stay with them and teach them, right up until one day when they asked him on the mountains outside of Jerusalem whether the time had come for him to restore the kingdom to Israel, which was their greatest hope and desire, even at this point.

And Jesus responded by basically saying, “that’s none of your business; all you need to know is that the Holy Spirit will come upon you and bless you with power, and you will bear witness to me from Jerusalem across the whole earth.” And with that, he was lifted up into heaven, and they go back into town to the room they were all hiding in, choose a replacement disciple for Judas, and then just sort of…wait.

For fifty days, day after day, they wait, day after day, in the doldrums: wait for the wind to rise up and fill them with energy and direction, wait for the promised Spirit to come. In both Greek and Hebrew, the word for “spirit” also means “breath” or “wind,” so they are quite literally in the spiritual doldrums, waiting on the wind of God to fill them, and wondering if it will ever really happen.

So much of the focus of Pentecost celebrations, understandably, is on the miraculous appearance of the Spirit and the way it manifests among the disciples, rushing down upon them with a sound like a violent wind, filling the house in which they are gathered, enabling them to speak in other languages, and proclaiming the gospel with such power and passion that thousands of people gather to hear.

This is, as we often say, the birthday of the Christian Church, the moment when Jesus’ promise to empower his followers with the Holy Spirit is fulfilled, and they begin to “be his witnesses in Jerusalem, in all Judea and Samaria, and to the ends of the earth,” just as Jesus said in his last words to them before his ascension.

But I’m dwelling on the disciples in the doldrums before the wind of the Spirit arrives because I think, in many ways, that is the moment that we are in right now. I think that’s true for us as a society, for starters. There are very, very few people that I know, from close friends to passing encounters on the street, that seem to be experiencing “fair winds and following seas,” as the old mariners’ blessing goes.

Most of us are not in the literal doldrums of the pandemic as before, huddled in our houses day after day as the boards around us seem to shrink. Some of us still are, and are feeling more isolated than ever as society seems to move on without giving them another thought. But for most of us, the challenge is trying to navigate effectively when the world is exhorting us to go full speed ahead in our lives but there is still no wind in our sails, because we are still experiencing the impact of cumulative existential exhaustion and trauma and grief that have been so intense over the past few years, right up to the horrors of the mass shootings in the last couple of weeks.

And the same thing is true in the church. I don’t mean our church, specifically; I’m talking about the entire Christian church in the United States. The typical church, post-pandemic, is seeing only about half as many people involved in worship and other activities of the congregation as before the pandemic, and that is happening regardless of size, location, denomination, or theological orientation.

We’re not an exception to that here in Bethlehem, of course; we are simply part of a much, much larger national reality. But in any case, both nationally and right here, it’s hard not to feel like the wind has been taken out of our sails, and to wonder when and even if it will come back.

Which is why the rest of the Pentecost story is so important and powerful, because the disciples gathered in that house would have known exactly what we’re talking about in all of that.

They can still hear the sound of the crowds of thousands who gathered to listen to Jesus’ teachings, or witness his miracles, or cheer his triumphant entry into Jerusalem on Palm Sunday.

But even with the recent memory of the joy and vindication of the Resurrection, they are looking around at one another as they gather and wondering what it means that there are so few of them left, and what the future might hold, and when or even whether they might get out of the doldrums in which they find themselves.

The promise and point of Pentecost is that Jesus promised to empower his disciples with the Holy Spirit to be his witnesses across the world, and Jesus keeps his promises, then and ever since. Throughout the centuries, the church has often found itself mired in the doldrums of one kind or another, one time or another, and every time the wind of the Spirit has arisen, sometimes in a thundering rush and sometimes in a gently rising breeze, but always filling the sails of Christ’s disciples once more, and propelling them on to greater faithfulness and witness and impact in the world, in a difference place and different way than they did before, moving from the place that they were gathered out into the world in power and hope.

And so: as we gather together here as Christ’s disciples in the same place on another Pentecost, I believe we are in another one of those times: that the winds of the Spirit are already rising to blow us out of the doldrums and into the larger world to be Christ’s witnesses.

I see it in creativity with which we weathered the pandemic; in the new opportunities rising up all around us; in the people who are surprised and grateful to find a church that is Christ-centered, welcoming to all, and living out lives of inquiring and active faith together.

But most of all, I see it in the reality and blessing that it is not our job to propel ourselves forward, but rather to raise our sails and allow them and our hearts to be filled with the Spirit, trusting that God will send us where we need, where God needs, us most to go.